Dear Friends Those who attended Birmingham fundraiser for Kohi Got hospital would remember the interaction between a driver and Shershah in Quetta. It was that Shershah tried to convince a taxi driver to spare one son for education rather than send all for Jihad. So that he could be taught and trained to help women’s cause, as women in Pakistan were the real suffers. Shershah was told that his was a small brain hence, only concerned with women’s health in Pakistan in contrast to driver’s who was thinking global. If Jihad sorted the West then problems of all the women on this earth will be over. That mind set currently prevails amongst the uneducated as well as many so called educated people in Pakistan

On our extensive travels in United Kingdom during last week Shoaib, Shershah and I were invited guests of Shafi Naqi Jami at BBC Urdu service on Sunday the 29th April. He was to conduct a live show with Imran Khan who was in BBC Islamabad studio. We came across two young kids (brothers) 18 and 16 years old. They were Imran’s real fans and keen to listen to him. We had a good discussion with them pre programme. They were children of two doctors from Lahore currently living and working in Barnet London. These young lads had lived in UK for last 5 years. Initially their mother had come to England and following grant of permanent stay after four years their father and they were invited and naturalised. Older of the two is about to finish his A levels and wants return to Pakistan to join Air Force. 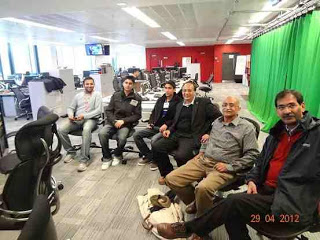 We asked him about good things of British society. He responded that honesty, discipline, hard work was common in UK; however, people were moving away from religion. He thought that it was paramount that he educated Muslims in UK to adapt his brand of Islam. Once he achieves that then he will work on Christians and others. He also supported Imran Khan, as he was honest and good Muslim. At school he would leave classes were there was any discussion on religion and logic (i.e. classes). There was no way one could convince him that UK has freedom for individuals and one can not enforce any restrictions. At times he agreed with our arguments but would not budge from his stance. I found a very determined haunting look in his eyes and would not be surprised if he gets into difficulties.

My view on the situation is such that his parents were an economic migrant who have reaped the rewards of being educated and providing their skills to NHS but either they have failed in their duty to teach their children the responsibility of being good young humans with tolerance, accommodation and wisdom or selfish enough to get whatever they can from their adopted society and create a path for themselves to heaven. It is a very disturbing and serious situation not only for the West but for East as well. I can see the type of young people who would support the good-looking face of JI (i.e. Imran Khan).

Disaster is looming unless the trend is changed and young Muslims are taught that belligerence, anger and fight is not the solution to world’s problem. They also need to understand their responsibility to the society they live in. 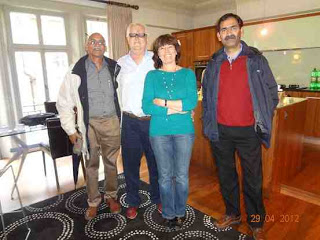 Following our visit to BBC we went to Victoria to meet Jane Corbin (BBC reporter who had produced “The Flood Doctor”). She invited us inside her home on a Sunday afternoon and treated us with coffee and cookies. She wanted us to sit in the main guest reception but we were very comfortable in her kitchen. It was a great privilege for us to be invited to her house on a Sunday afternoon. It was an incredibly nice gesture. We could not stop talking about it all the way to Baker street. I still think about the event with great fondness and appreciation. If only this world had people like John and Jane.

The situation in Pakistan is becoming worse by the day! Innocent people are losing their homes, their ... END_OF_DOCUMENT_TOKEN_TO_BE_REPLACED

We are so excited to present to you our annual report for the year 2020! Here you'll find a bunch of ... END_OF_DOCUMENT_TOKEN_TO_BE_REPLACED

Are you a UK taxpayer? Have you sent us an offline donation either through one of our events, appeals or ... END_OF_DOCUMENT_TOKEN_TO_BE_REPLACED

When COVID-19 struck the world, we had no idea how this would impact us as a charity. In March 2020, ... END_OF_DOCUMENT_TOKEN_TO_BE_REPLACED