The MDMI: Concept to Reality

From devastation to hope: The Midland Doctors Medical Institute (MDMI)… The heart and soul of the charity.

On the morning of 8th October 2005, a catastrophic earthquake measuring 7.6 on the Richter scale struck the unsuspecting people of Northern Pakistan. For six terrifying, agonising minutes the earth shook and when it stopped, over 87,000 people had lost their lives, tens of thousands were severely injured and over three million were made homeless.

One of the many groups to respond was a group of doctors from Nottingham and Derby Hospitals. Working in tents in Balakot, they treated over a thousand patients, including 134 major surgeries, in less than a week. On return to the UK, the doctors realised that there was a huge unmet need for medical care in the region. The team had the vision of building a hospital in Tandali village, around 20 kilometres from Muzaffarabad, the capital city of Pakistan administered Kashmir, and in the heart of the area devastated by the earthquake. With incredible amounts of goodwill from architects, equipment suppliers, the local population, donors and many medical professionals, Midland Doctors® were able to start construction of the earthquake resistant hospital.

Without you – ‘the donor, the supporter, the volunteer’, this charity would not be able to continue to assist those that dearly need our help. We dedicate this website to you.
Ms Toni Kent-Chapman

Initial fundraising allowed provided the funds to purchase 4 acres of land outside Muzaffarabad on the main road to Srinagar at a cost of £96,000. In parallel, detailed design work was undertaken by supportive architects and civil engineers, in collaboration with the Midland Doctors® medical team, to put together a set of plans that would provide an earthquake-proof building, with the space and facilities to undertake medical procedures and care to the same standards as patients are used to in the NHS in the UK.

Preliminary quotes for construction contractors were around 2 to 4 million pounds, which the trustees felt were too high, so the decision was taken to hire a small team of a project director, engineer, supervisor, accounts manager, driver, cook and a labour manager to construct the hospital by hiring builders and equipment as required. Site surveying was undertaken and foundations began to be laid, with our chairman, a surgeon by profession, participating to help lay the bricks with his own bare hands, displaying the evidence and a reflection of the dedication given to the cause by our founders and trustees.

Over time, with the concrete foundations constructed, the structure began to take shape. First the walls and then roofing and plumbing. All carefully managed to ensure that the resulting building would be a fit place to perform high quality healthcare and medical procedures. By 2012 the internal rooms, including operating theatres, x-ray room, wards and labs were in progress of construction.

On Thursday 21st March 2013, the Midland Doctors® Board of Trustees proudly announced the inauguration of the NHS inspired Hospital in Muzaffarabad. The ceremony marked many years of hard work and dedication from our team, and more importantly our supporters, who made a dream come true for our trustees.

On the 1st January 2014, the Midland Doctors® operating room was used for the first time with a number of patients being treated for eye problems, including children who had been unable to attend school due to eyesight issues. At this point, about £2.5million had so far been spent on the project and the facility was receiving over 150 patients daily.

The Edhi foundation charity ambulance service was now frequenting the hospital facility to bring in the sick and inform to the facility. “There is no facility for miles and this is such a vital resource,” said one patient to our team. Fluoroscopy equipment was installed, allowing real-time imaging necessary for certain surgical procedures. Plants were also planted around the hospital to beautify the area for the benefit of the patients. The plants were chosen carefully to ensure they do not have any asthma inducing properties i.e. they do not produce allergens and do not blossom.

By January 2015, the hospital had treated a total of 32,000 patients in its first year and a half in operation. PACS (Picture Archiving and Communication System) was installed to allow images to be stored electronically and assessed by volunteer radiographers in the UK with the resulting guidance feeding back to staff at the hospital. In August 2015, the operating theatres became fully operational. In the first day 55 operations were undertaken and some 650 people were treated. Installation of central heating began and a two day ‘orthopaedic fracture and plaster course’ was hosted. Staff additions included three medical officers, a consultant gynaecologist, and a pharmacist.

The year 2016 saw the installation of a new X-ray machine and the total number of people who had been treated at the hospital since its opening reach 68,000. In March 2016, a Canadians for Global Care (CGC) team provided training in CPR and in the area of contraception. March was also the month in which the first major operations were performed, with Dr Iftikhar undertaking approximately 17 operations in three days, all successful. Furthermore, an eye camp in April treated 135 patients in 1 day, including 24 operations.

By 2017, the medical team at the hospital began operating a children’s growth and nutrition clinic where the doctors and one nurse have been trained on height and weight assessments using the Manchester STAMP (Screening Tool for the Assessment of Malnutrition in Paediatrics). STAMP is a validated nutrition screening tool for use in hospitalised children aged 2-16 years. It is a simple 5-step tool that was developed in the UK. MDMI is believed to be the only hospital in Pakistan using STAMP. Digital patient systems took another step forward with the introduction of software that allowed doctors to prescribe medicine and nurses to record patient information electronically.

Since inception to October 2020 the hospital has treated 346,246 patients, all free of charge, in the NHS model and to NHS standards. With 625 tonnes of steel, helping it to withstand an earthquake of a magnitude of 9 on the Richter Scale, the Midland Doctors® facility will act as a staging post for any future relief missions in the region. 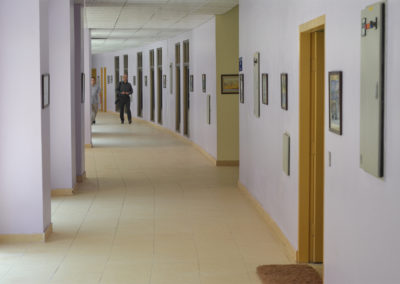 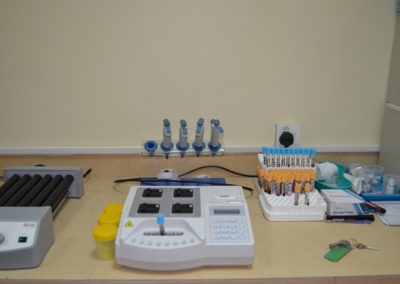 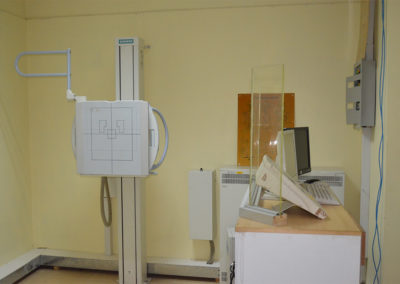 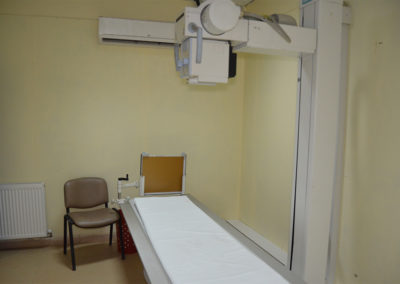 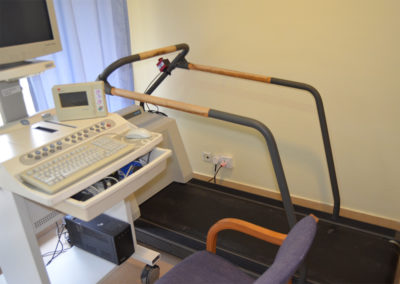 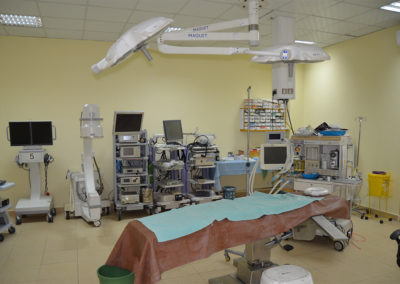 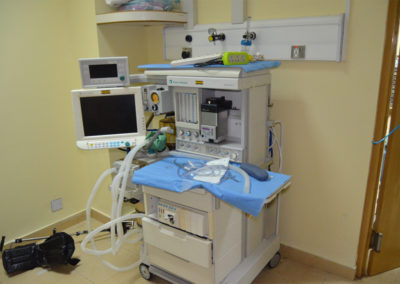 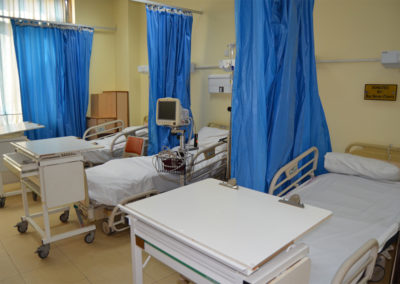 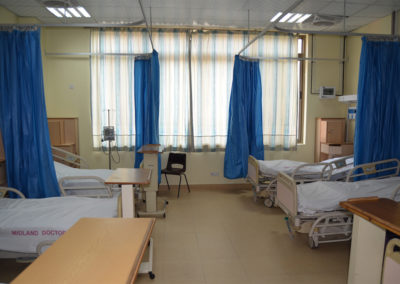 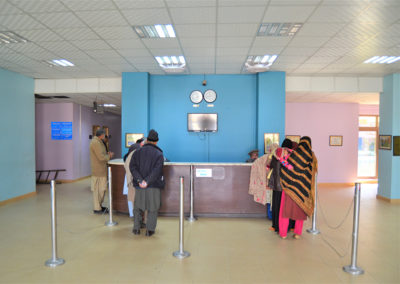 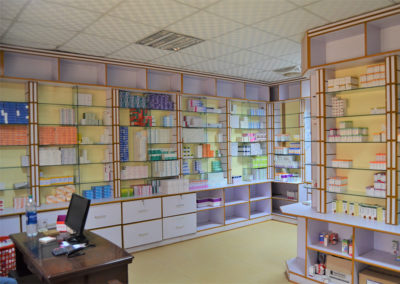 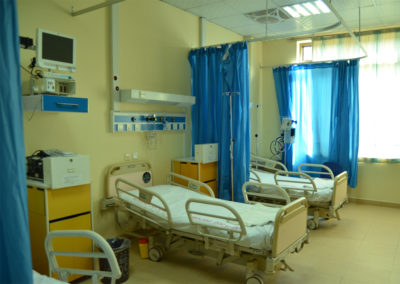 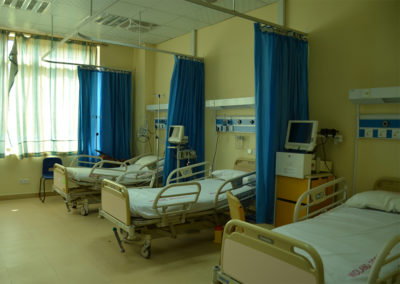 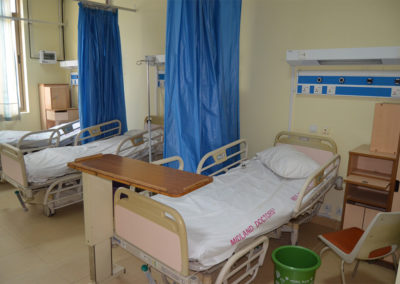 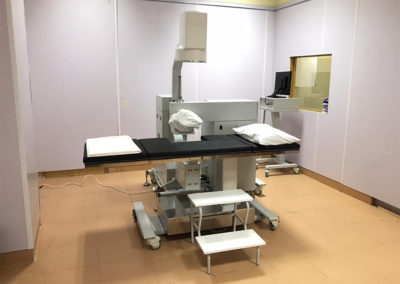 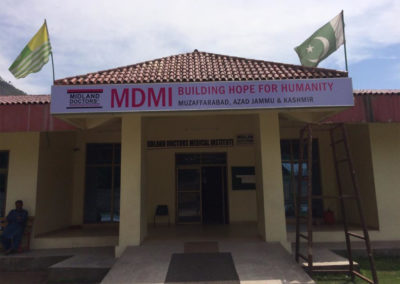 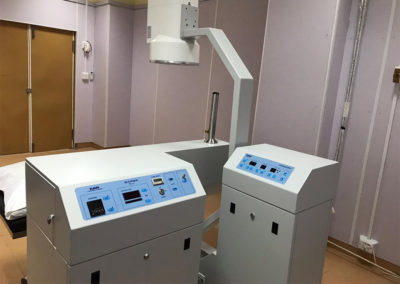 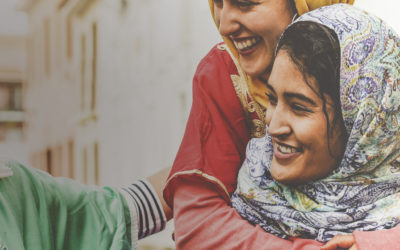 With a specially dedicated service at MDMI, we are able to assist females from local and remote villages with any gynaecological concerns whilst also raising awareness with regards to hygiene and menstrual well-being. END_OF_DOCUMENT_TOKEN_TO_BE_REPLACED 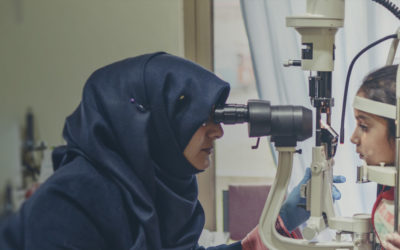 Giving the gift of eyesight to those who don’t have the means for even the simplest of resources. END_OF_DOCUMENT_TOKEN_TO_BE_REPLACED

A key initiative to improve the health of children in the community. END_OF_DOCUMENT_TOKEN_TO_BE_REPLACED 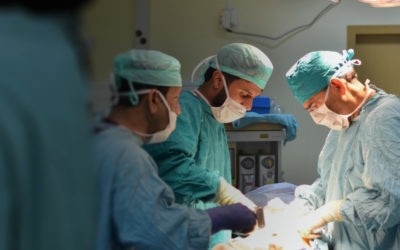 This is the first urology department established in Azad Jammu Kashmir and the only urology facility north of Islamabad, ensuring patients no longer need to travel countless hours for treatment. END_OF_DOCUMENT_TOKEN_TO_BE_REPLACED